We are OPEN
Click here for our current status and how we are affected by Covid-19 restrictions. 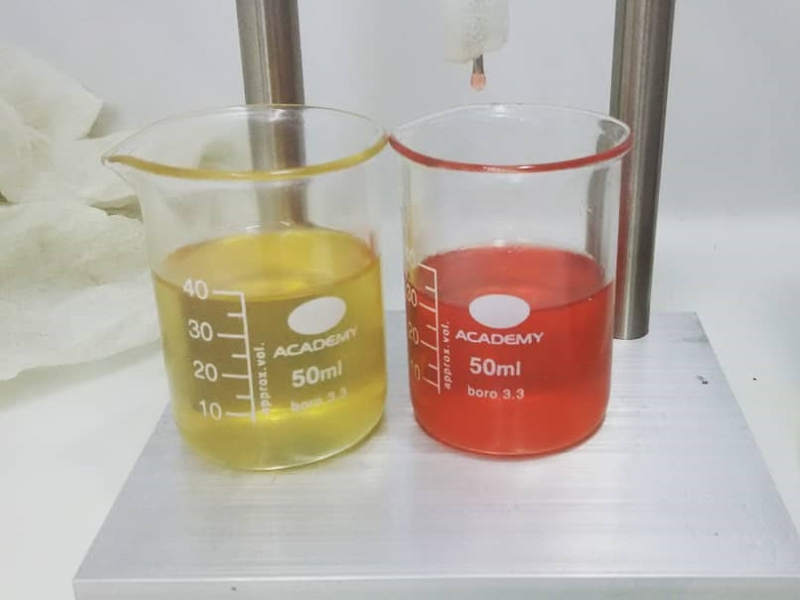 Bath oil is the few cc (usually between 5 cc and 40 cc) which splashes around in the bottom of each fork leg and keeps the bushings lubricated so it all slides smoothly.

It began in 2003 when Manitou jumped all their forks from grease lubrication to around 16 cc of "semi bath" oil in each lower leg.  Until then (and even many years past) other manufacturers were using fork oils.

From then and for the whole next decade (until Shockcraft started investigating) it used to be simple, but awful.  Manufacturer specific oils could be hard to find and were often of dubious quality.  Mechanics ended up using whatever they had lying around, usually fork oil.  It worked, but it didn't work that well.  Forks were sticky and just didn't slide nicely.  Thicker oils which lubricated better were sometimes available, but many of the seals back then weren't good enough to hold them in, especially in the cold.

Then SKF released a whole range of fork seals that could hold back the good thicker oils.  Game on.

At Shockcraft we began selling two oils bath which fit most uses:

What Makes a Good Lube Oil?

There are three main factors involved in how good a lube oil is:

There are two main factors involved in the application.

In Search of the Best Bath Oil - Viscosity-Temperature Testing

After initial cold and hot test riding we designed and built a viscosity test rig that could be temperature controlled, allowing manufacturers' oils to be baselined and data points to be collected where there were none.  Oil manufacturers usually only publish 40°C and 100°C data points.  The results got very interesting.  We found errors in manufacturers data sheets, we found manufacturers using conservative place-holder data instead of real test data.  Their fluids were doing better than the numbers said.

From our bath oil viscosity-temperature testing we've produced a graph of 8 different lube oils and their viscosity trend from 40°C down to 0°C.

All this testing has enabled us to produce the nice chart below to show which lubricant works best based on temperature.

Supergliss oils slide better than anything else, but they do have a narrower temperature range.  We now have three grades to cover almost all applications.
Fully Synthetic oils have a wider useful temperature range but don't slide as well as Supergliss.
Fork Oil 10 wt is needed for forks with wiper seals not capable of dealing with the thicker and tackier Supergliss and Synthetic Oils.

For wide ranging conditions (i.e. Central Otago) you can run Supergliss all year and put up with a slower fork in winter, or run Fully Synthetic all year round but will get better winter performance by switching to a Polar Synthetic.